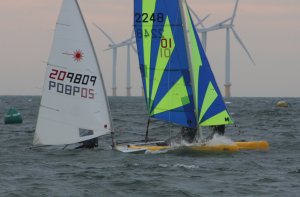 Robert Mitchell and Paul Stanton power their Dart 16 up and fly past Ken Potts, in his Laser, at the start

The second race in Gunfleet Sailing Club’s Winter Series was held on Sunday 17 October in lively conditions and, after a hard-fought battle, was won by Ken Potts in his Laser. 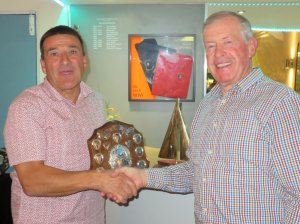 Gunfleet Sailing Club celebrated the end of the 2021 sailing season last Saturday 16 October with its Laying-Up Supper and presentation of trophies in the Clubhouse; a far lower-key affair than usual due to the continuing Covid concerns.  Club Commodore Richard Walker welcomed everyone and looked back at a very successful year for the Club, having recovered from the earlier lockdown, and adjusted the sailing operation to comply with all the relevant restrictions.

Peter Takes His Comet To Victory 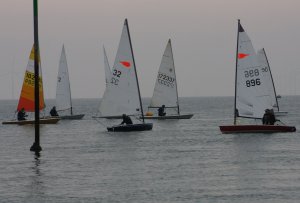 Seconds after the start the leading boats get underway, whilst an over-eager Eddie White heads back to the line

The Calm Between The Storms 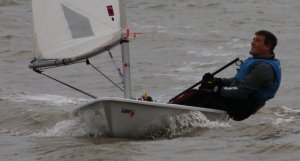 With the kicker hard on, Ken Potts powers his Laser into the lead

Members of the Gunfleet Sailing Club made the most of the window of opportunity when the previous day’s rough weather abated sufficiently to hold the race for the Fleet Championship on Sunday 3 October. 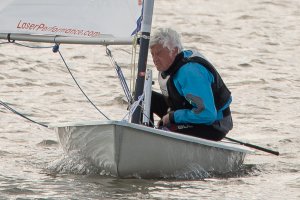 The overall winner of the Autumn Series, Andy Dunnett in his Laser

Gunfleet Sailing Club members took part in the fourth and final race of its Autumn Series last Sunday 26 September with great anticipation as the results to date meant there was, as yet, no clear overall winner. 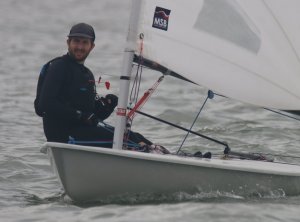 Winner of the Autumn Series 3 race, Andy Cornforth in his Laser

With Gunfleet Sailing Club holding the third race in its Autumn Series last Sunday 19 September, things really started hotting-up after Andy Cornforth took his Laser Radial to a clear victory; each of the series three races being won by different helms and just one more race to go. 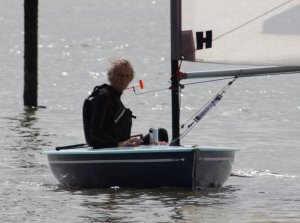 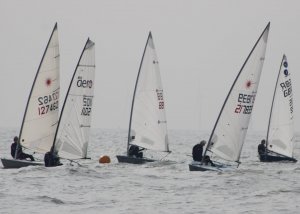 Some of the competitors at the start line 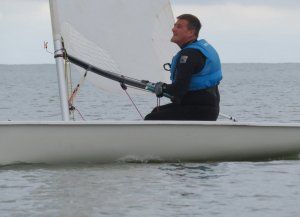 Gunfleet Sailing Club held one of its 3 in 1 races, this time for the Bill Clarke Shield, and after some very close sailing it was won by Ken Potts.

Clare Beats Carlo, But Only Just 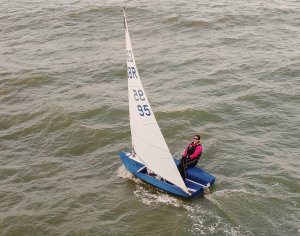 Gunfleet Sailing Club held a race with a difference last Sunday 22 August 2021 when the final results were all based on personal handicaps, calculated on each competitor’s past performances throughout the 2021 season. 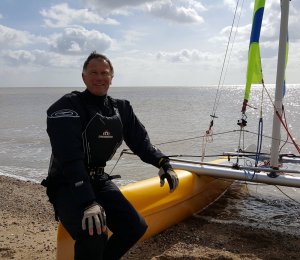 Robert Mitchell, who came within a boat length of winning The Chase, and his Dart 16 catamaran

Gunfleet Sailing Club, last Sunday 15 August, held The Chase, a pursuit race where the slowest handicapped dinghy starts first, followed, at strictly set intervals, by those with faster handicaps until the fastest craft sets off with a whole fleet to catch.

Great End To The Summer Series 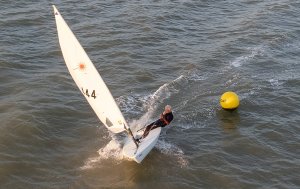 Andy Dunnett guns his Laser around the Kingscliff buoy

Gunfleet Sailing Club held the seventh and final race in its Summer Series last Wednesday 11 August.  Amidst the blue skies and last of the evening sunshine, a fresh force 3 to 4 southerly wind blew, providing almost perfect conditions for the competitors taking part.  Andy Dunnett immediately lead the fleet in his Laser, followed closely by Martin Chivers, also in a Laser, and as the boats headed close hauled to the Eastcliff windward mark Dunnett lead all the way. 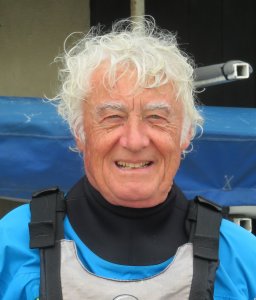 On Wednesday evening 4 August Gunfleet Sailing Club held the sixth race in its Summer Series with thirteen dinghies taking part.  The competitors edged their way up to the start line, all attempting to be the lead boat without prematurely crossing the line but this resulted in a group being just a few seconds too eager and up went the general recall flag.  Ten minutes later they were all on their way with Gregg Dunnett at the head, in his Laser, closely followed by Martin Chivers, also in a Laser.

Gunfleet Regatta Enjoyed By All 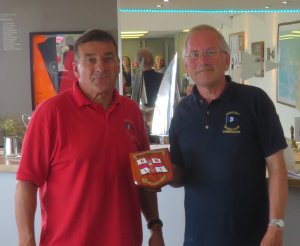 Clare Takes Her Europe Dinghy To Victory In Ladies Race 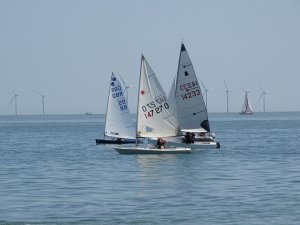 Clare Giles leads the Gunfleet Ladies Race in her Europe

Gunfleet Sailing Club held its Ladies Day on Sunday 18 July, culminating in the afternoon with the race for the Austin Ladies Trophy which was won by Clare Giles in her Europe.