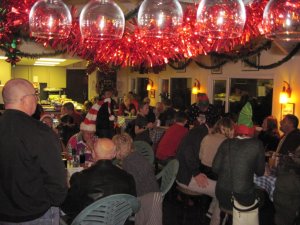 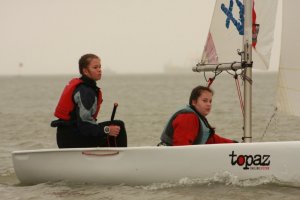 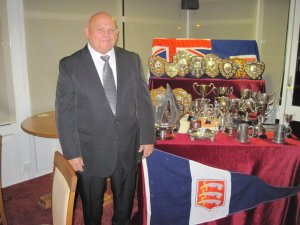 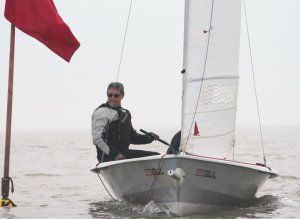 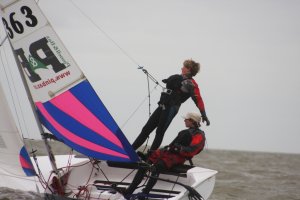 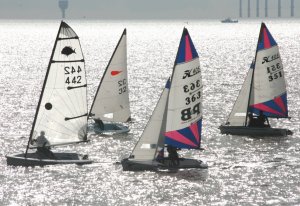 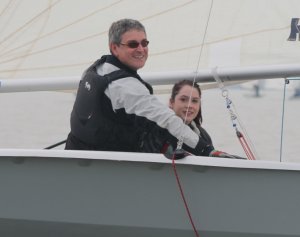 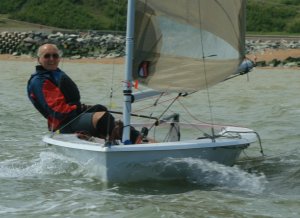 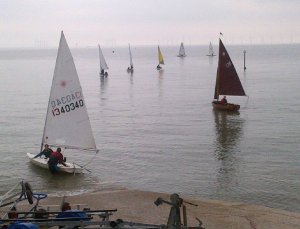 Gunfleet Sailing Club held its race for the Jim Suckling Long Distance Race last Sunday 7 September, and with very light winds it turned out to be a rather long and tortuous affair.  The Officer of the Day set a course which took the fourteen boats past Clacton Pier and down to the Watersports area, and then back up the coast to Holland Haven.  A fickle west/north westerly whisper of a breeze meant that it took a whole minute before the first dinghy, the Blaze of John Tappenden, managed to cross the line, and it was a further nine minutes before the very last craft got away.
Read more

Monday saw a lumpy sea...
Gunfleet Sailing Club’s 2014 Cadet Week was full-on despite bad weather seriously hampering the sailing programme.  The Monday sailing had proved very lively, and the wind on Tuesday proved so strong that the 40 Cadets and Otters were forced to remain onshore but a wide variety of land-based games, including releasing the four team captains from their imprisonment after completing a number of stretching challenges.  There was also a visit to Clacton Lifeboat Station to see how a modern lifesaving organisation worked.
Read more
Subscribe to Reports 2014