After a free lunch for all the competitors it was on with the water based games, arranged by Cadet Commodore Harry Swinbourne and Cadet Vice Commodore Tom Philpot.  Two teams were formed and first off was a relay swim from shore and around the Seaward buoy/X buoy close to the beach (delete where not applicable).  There was certainly some powerful strokes being used – Korben on turbo-power, and the wake from “Frantic Freddie” holding his rival back – all great stuff.

Next was Watery Wordsearch and, as the wind was now practically zero it was a case of in the water and not on the water.  A mass charge and then grab a canister with a letter on it.  The aim was to find ten letters, with no repeats, and then make a word – a sort of aquatic anagram!  Anyway, getting the canisters was not as difficult but the word proved slightly harder to find (could I have an O please, Bob).  In the end one team cracked it – FLAMINGOES; hang on, is there really an E in flamingos?  Well not according to spellcheck, but then what do they know?!

Then, at the blue, appeared hundreds of balls of all colours.  The Rescue Boat went out on the briny and tossed them overboard, and there was a mad scramble to collect as many as possible.  Swimming back to shore clutching a lot of balls can be a bit tricky but soon the team buckets were overflowing with balls, and with over 300 balls in and around each receptacle it was close call and in the end there were just six balls between them.

Whilst the adrenaline was flowing it was on to the Tug of War, and it seemed quite well matched until outside help started to creep in.  Harrison’s team thought the advantage was to be in the sea, whilst Owen’s team decided that “borrowing” Tom and using him as the anchor man might help.  Once again, things looked evenly matched until someone spotted a jellyfish and it was all over!!

The finale was the traditional egg throwing, but as the serious throwing concluded it was time to get more personal, and all too soon it was time to “wash-off” in the sea.

A great end to a great day. 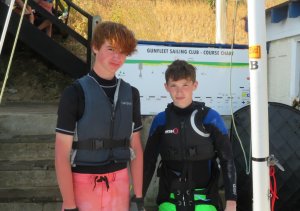 Ed & Henry standing by the their 405, after winning the Cadet Day Race

A small course, due to light winds, that got even smaller 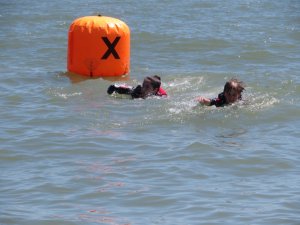 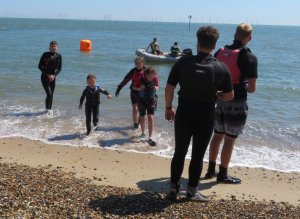 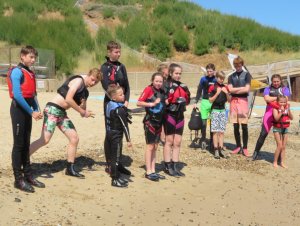 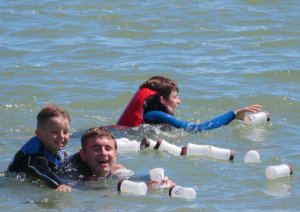 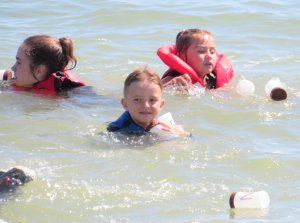 And there are more 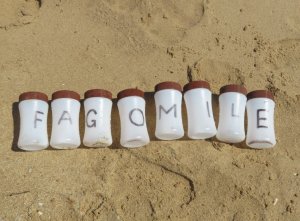 Is this such a word? No! 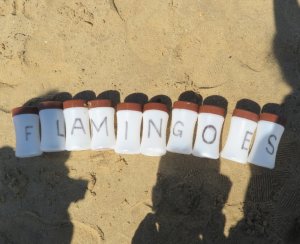 Ah but this is 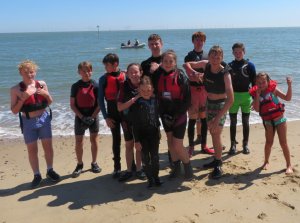 Some of the gang 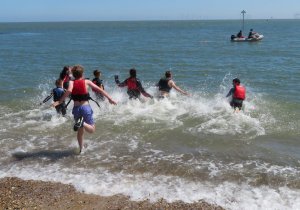 In for another dip 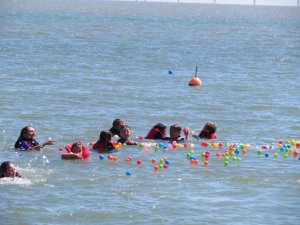 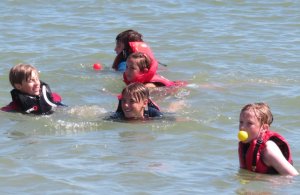 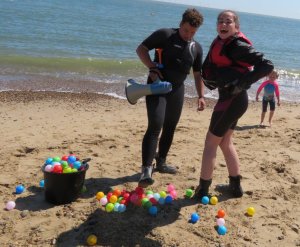 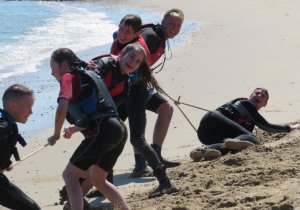 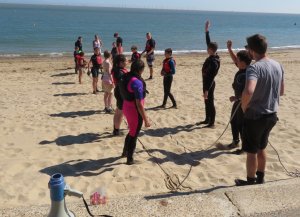 Time for a bit of egg throwing 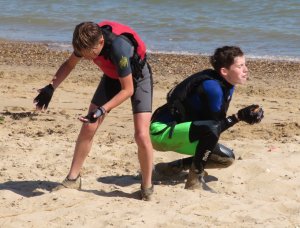