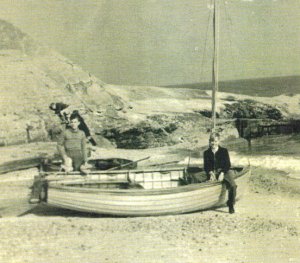 It's 1954 and young George Hill sits proudly by the mast of his brand new Sea Ranger No: 11 'Susie' 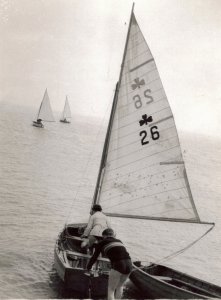 Sea Ranger No: 26 'London Sparrow' sets off from Clacton Sailing Club in 1958 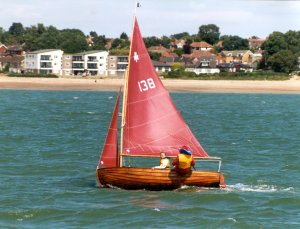 The Sea Ranger, a 12 foot clinker, gunter-rigged, general purpose dinghy, has been the Gunfleet Sailing Club’s traditional one design class since the Club was formed in 1961. Gunfleet still boasts a fleet of Sea Rangers that continue to be very active, and can regularly be seen taking part in races and cruises, as well as just pottering about on the water. Detailed below is a short history of the class:

In 1954 Brightlingsea boatbuilder Fred Mitchell designed a 12 foot clinker general purpose dinghy with a small jib and modest mainsail on a gunter rig. His first customer was Mrs. Nicholl, who ran the Brightlingsea Sea Rangers and the word soon spread that these were an ideal training boat, with Sea Ranger groups in Southend, Leigh-on-Sea, Romford, Harwich, Windsor, Edmonton and Sheerness all putting in orders. By the time the first “civilian” boat was purchased – number nine, the class was both recognised by the Royal Yachting Association and officially known as the Sea Ranger. The boat really started to become popular when members of the Clacton-on-Sea Sailing Club, looking for a suitable all round dinghy to race, cruise and potter off the beach straight onto the north sea decided that the Sea Ranger was just what they were after. “Madeira”, “Susie” and “Knockonwood” were soon showing the rest of the Club what ideal boats they were and after the race for the Coronation Challenge Cup on Sunday 20 June 1954 Commodore, and later to become Chairman of Clacton Urban District Council, Tim Webster was quoted in the local paper as saying “These Sea Ranger boats are a great potential asset….what we need for competition is a half-gale. They certainly seem very seaworthy”

The popularity of the boat continued with Sea Ranger groups and many more orders were received, from places as far afield as Dartmouth. Private orders were also coming in from Stockport, Stoke on Trent and Tonbridge as well as more locally – Colchester, Frinton and Alresford. Chester Yacht Company in Wales started to purchase Sea Rangers to sell to their customers and, following the lead of Middlesex County Council that had an early boat, Hertford County Council purchased four. Meanwhile Clacton Sailing Club now boasted eight Sea Rangers that regularly raced for their own trophy under international code flag number 4.

One of the biggest orders was for the Training Ship “Froudroyant” based at Gosport that required six Sea Rangers and numbers 84 to 89 headed south. Number 84 was in fact a little bit special as she was donated to “Froudroyant” by John Player and Sons and had a commemorative plaque in brass affixed to her transom. As the 1960’s loomed so the competition from plywood dinghies started to become apparent, but this didn’t stop the celebration of the Sea Ranger Centenary, when number 100 was sold to Brightlingsea Secondary School.

The Sea Ranger continued to sell well, particularly locally, and soon a fleet was established at West Mersea, with the Town Regatta having a separate race for the class. By now, the early 1960’s, the Clacton Sailing Club had moved on, not only to the more modern class of dinghy but also to new premises. However, the Sea Ranger owners, content with their old base, helped form the Gunfleet Sailing Club on the original site. The class continued to prosper there to the present day with six boats still regularly racing, cruising and pottering. However, in 1965, glassfibre and plywood home build boats had captured the market, and the last Sea Ranger to be built by Fred Mitchell fell just short of reaching number 150.

In 2004 the class celebrated its 50th year and it’s good to know so many still exist and continue to give so much pleasure. Maybe more surprising is the number of Sea Rangers that have remained in the same family since being built. Having been sailed by generations the boats and their crews all still meet-up at West Mersea Town Regatta each year to race for the class trophy.

If you own a Sea Ranger, know where one is, or have an interest in the class, then please contact Richard Walker through the contact form of this website. 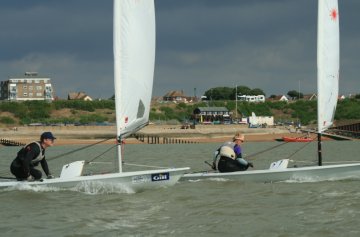 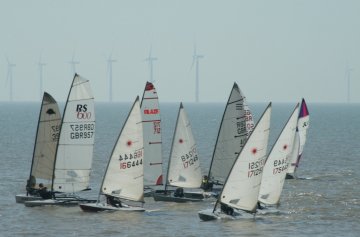 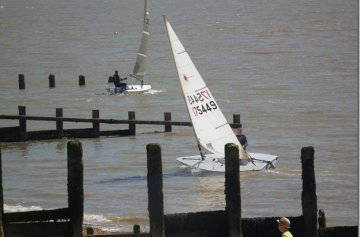 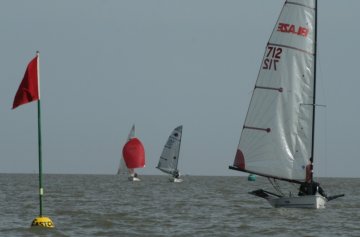 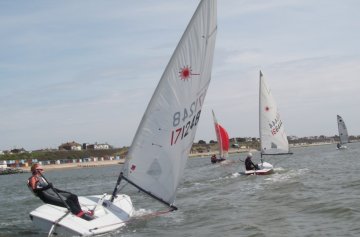 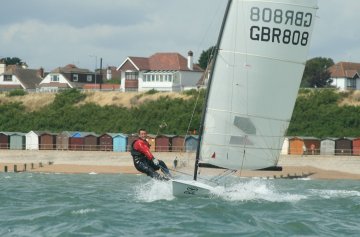 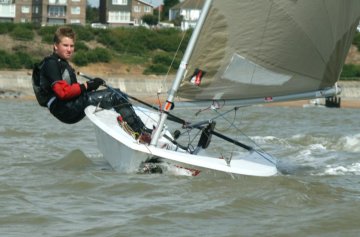